When you think of historic San Diego architecture, what comes to mind? Craftsman? Victorian? Mission? Modern? San Diego has a rich diversity of architectural styles, and preserving those buildings is some of our favorite work.

We’re taking a look back (and forward!) at Platt/Whitelaw Architects’ most recognizable historic renovation projects. We’ve also drummed up some cool facts about each so you can impress your friends with your San Diego knowledge. 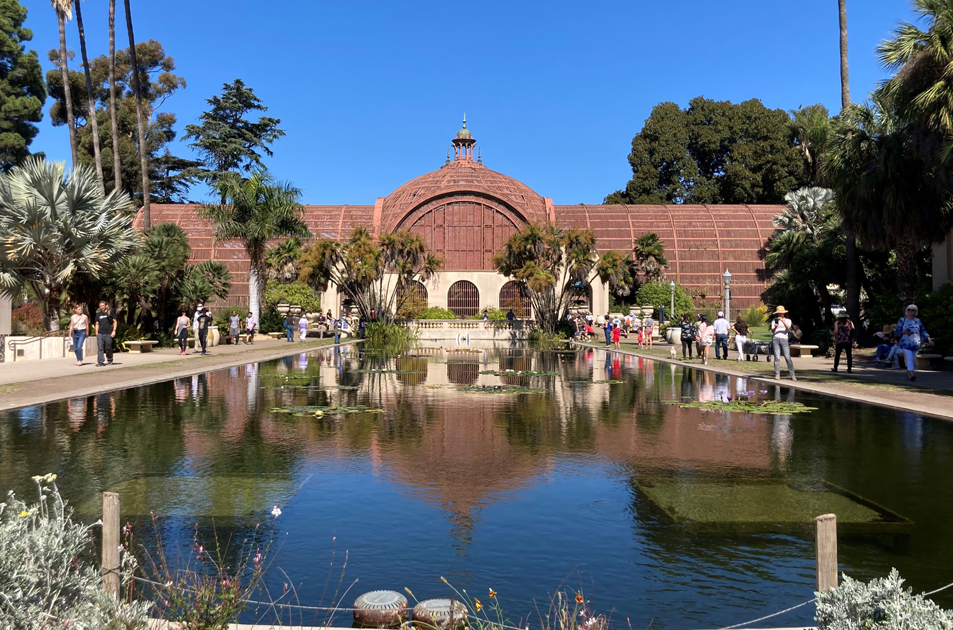 Cool facts: The botanical building was originally built for the 1915-1916 Panama-California Exposition. (We’re stealing this next bit from our own article, “The Creation and Restoration of Balboa Park,” which you should definitely read next!)

Designed by Carleton Winslow, it was the largest wood lath structure in the world when it was built and remains one of the largest to this day.

Thanks to Alfred Robinson, the world’s leading begonia breeder of his day, the reason behind including the building in the park was to serve as an anchor for a botanical garden. The Botanical Building is now home to more than 2,100 plant varieties.

When originally built, it was one of only four Balboa Park structures that were meant to remain indefinitely (along with the Spreckels Organ Pavilion, the Museum of Us building and the Cabrillo Bridge).

What we’re doing: We are helping to restore this building to its original 1915 condition. In addition to some general sprucing up and structural repairs, the work includes reintroducing arched windows on the north and south sides of the structure.

Cool facts: If you look at this building from above (Google Earth, anyone?), it looks like a spaceship. Apropos, no?

The building is listed on the U.S. National Register of Historic Places and was originally built for the 1935-1936 California Pacific International Exposition.

The Air & Space Museum is housed in the original Ford Building, designed by industrial designer Walter Dorwin Teague and based upon Albert Kahn’s design for another Ford building in Michigan. Teague picked up on the shape Kahn had created to reflect a gear, and he incorporated a four-door entrance with framing windows that Kahn had used for another car company. At the time, “some 18,000 hidden electric light bulbs provided lighting to shape the building’s convex-concave surfaces,” writes Richard Amero in his article for the San Diego History Center.

What we’re doing: The scope of our work includes plans for a new roof and restoring the stucco and paint.  We are also replacing the previous neon lights used to illuminate the round building with LED lighting. The light fixtures live in metal columns spaced around the building to evoke the image of a gear.

We are enjoying working on these two restoration projects in such a public, well-known park, but it’s easy to spot our previous work, too: 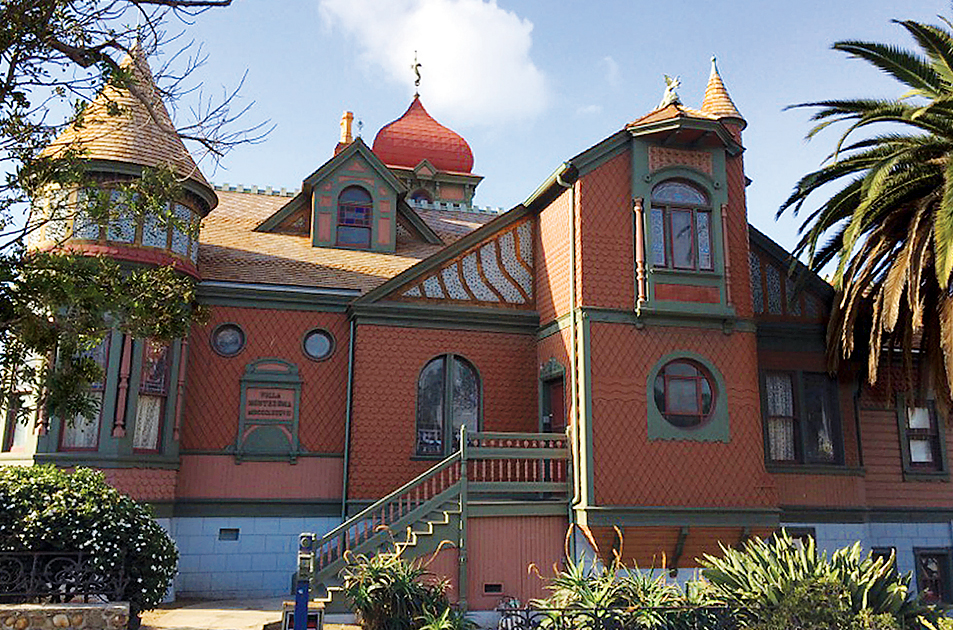 Cool facts – It’s haunted! Did our architects run into any ghosts? Well, no, but plenty of people claim to have seen, felt or heard some paranormal activity.

Villa Montezuma was designed by the firm Comstock & Trotche. Jesse Shepard was the original owner of this eclectic 19th century Queen Anne Victorian home that’s been transformed into a museum.

One of Shepard’s servants was deeply saddened by his wife’s death and committed suicide by hanging himself in the mansion’s tower. This former servant is ghost number one and can sometimes be seen in the tower’s cupola.

A talented musician, singer and author, Jesse was also a spiritualist with a penchant for musical seances. During these conversations with the dearly departed – a behavior that eventually got Jesse run out of town – he liked to call up the ghosts of musical legends past. Don’t be surprised if a spectral Mozart or Chopin (or Jesse himself?) brush past you or entertain you with their musical compositions at Villa Montezuma.

What we did – While fine for its ghostly inhabitants, this home-turned-museum was structurally unfit for the living. We helped the City of San Diego rebuild the home’s brick foundation, which had to be laid brick by brick to replicate the original, complex, interwoven pattern. We also created plans for a new roof and a chimney restoration.

As if designing for ghosts wasn’t cool enough, this historic preservation project scored an award from the American Public Works Association (APWA). 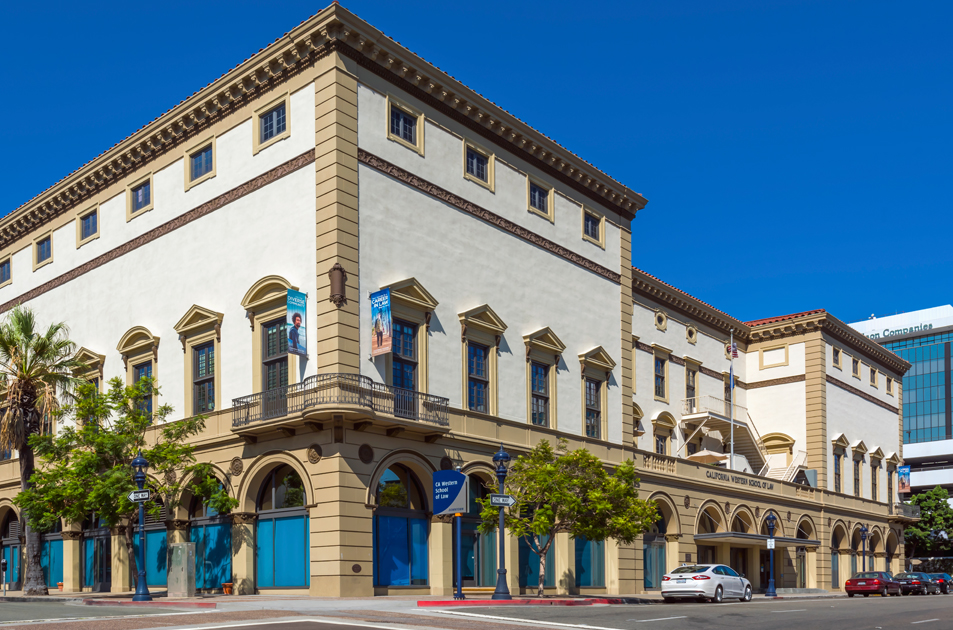 Cool facts – Now known as Cal Western School of Law, this downtown property was originally an Elks Hall. It was designed by noted San Diego architects The Quayle Brothers, who were both Elks themselves (members, not actual Elks). Their Italian Renaissance Revival style building debuted in 1929, and the brothers received an exceptional architectural merit for their work.

What we did – Our architects at Platt/Whitelaw were lucky enough to design a series of historic preservation projects for this building. Among them were contemporary classrooms with updated technology and a general gussying up and restoration of the historic structure. 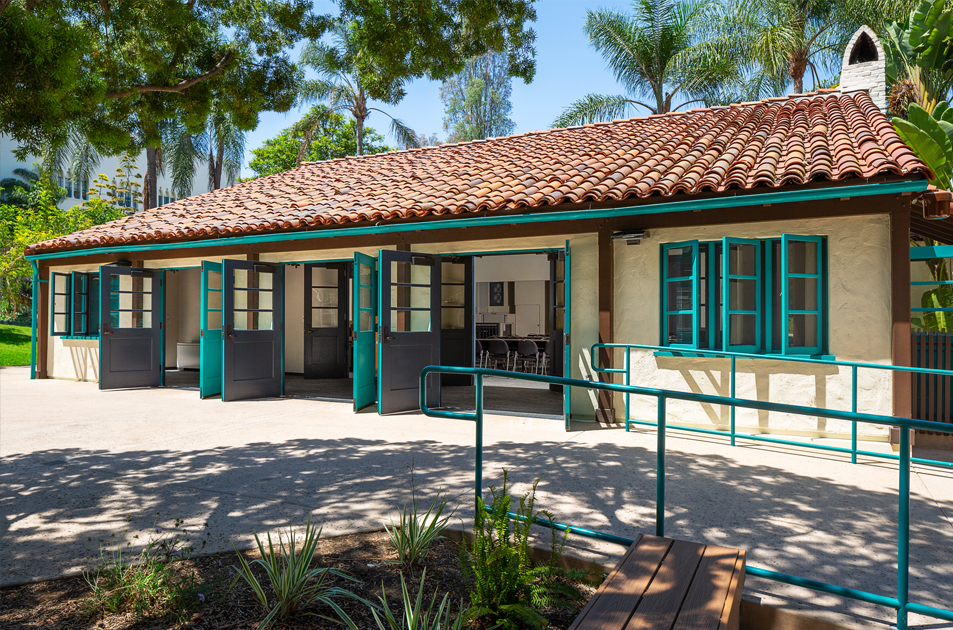 The cottage was originally located adjacent to Aztec Café (now the Faculty-Staff Club) and served as the headquarters for the Associated Women Students. It was the first new building on the Montezuma Mesa campus of San Diego State Teacher’s College. Now located at Scripps Terrance, after being moved to make way for Love Library, Scripps Cottage is part of a federally designated historic district.

Its most illustrious claim to fame happened in 1963, when the building served as a formal reception area for President John F. Kennedy. He had come to SDSU to deliver the commencement address and receive an honorary doctorate.

What we did –Our firm had the honor of restoring the enclosed porch and adding a small storage shed, as well as assessing and designing for general repairs that made this treasure shine again. 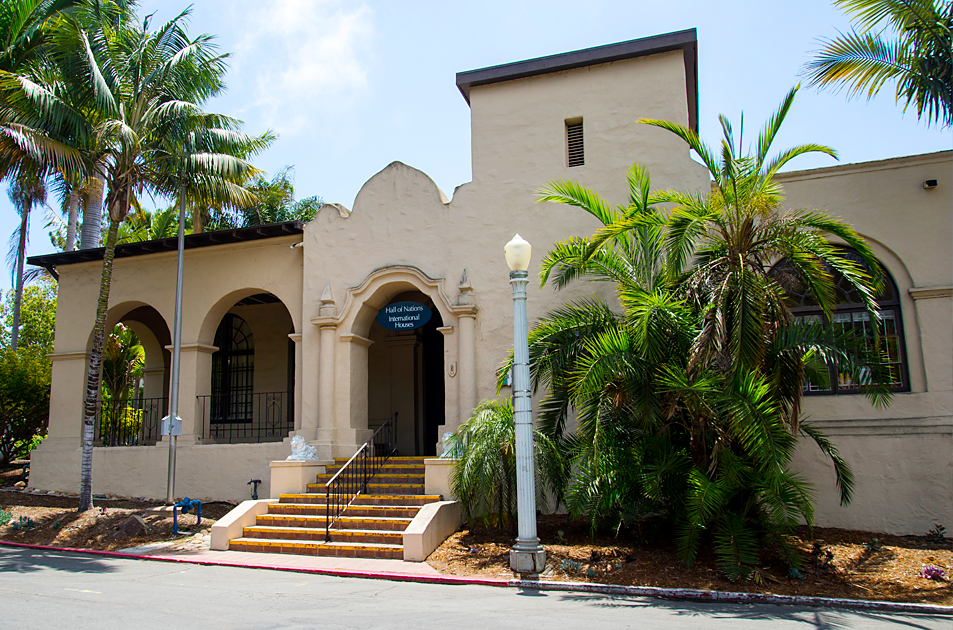 Cool facts – The Hall of Nations in the International Cottages area of Balboa Park is one of the few structures remaining from the 1915-16 Panama-California Exposition. During the Exposition, it was the Kansas State Building.

All of the buildings south of El Prado were gone by 1933, except for the New Mexico and Kansas Buildings. (Today, the New Mexico building is known as the Balboa Park Club.)

During World War II, the Hall of Nations and others around it were used as living quarters for non-commissioned naval officers. Now this building is home to the House of Italy and the House of Pacific Relations. The latter organization oversees all the international cottages.

What we did – Our original marching orders included designing for an Americans with Disabilities Act (ADA) upgrade of the restrooms and building entry. As the contractor started work, the crew found serious foundation damage. Suddenly, our scope of work also included designing for foundation and stucco repairs.  The other surprise was that creating an accessible path of travel revealed a very unreliable ceiling, which prompted a complete rebuild of one end of the great hall. 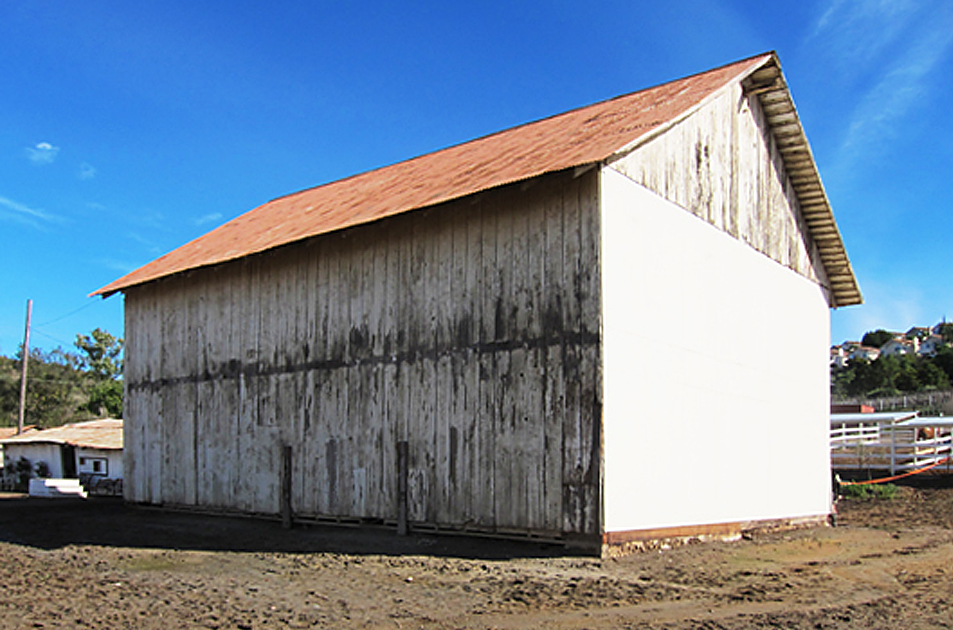 Cool facts – Located in Los Peñasquitos Canyon Preserve, Mohnike Adobe Barn is named after Charles Frederick Mohnike. He was a prosperous citrus grower and real estate dealer in San Diego who came up with new agricultural technologies. Around 1910, Mohnike built a homestead, including this barn, for himself and his family. Eventually, the County of San Diego assumed ownership of this property.

What we did – The historic barn was displaced off its foundation at its southeast corner and was open and wrecked at its south side, where a large section of wall was missing. The County of San Diego retained Platt/Whitelaw to design emergency bracing and repairs to stabilize the existing structure until permanent repairs could be implemented. Emergency bracing and repairs needed to remain in place for up to ten years.

As an architecture firm with six-plus decades in San Diego, we’re all about making our city’s historic structures just as fabulous as they once were. Thank you to all the fantastic owners and agencies for giving us the chance to make these grand dames shine again.